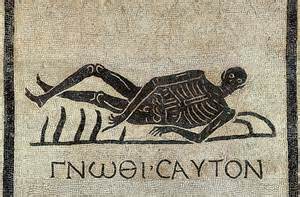 For myself, the journey began not long ago when I caught a glimpse of the reflection of my true self; a silhouette that illuminated tiny shards of a person I once knew. I was shaken, confused and utterly terrified at what I saw; a slow, steady stream of pictures of my past which shaped the person I am today. I felt as if I was the only person in a dark theater observing a movie through a dimly lit projector; no sound, special effects, or actors. I was the protagonist, and there were no other distractions to appease my avoidance of what I saw. I was watching a movie in real time of my past, each event unfolding as if it happened yesterday. As I watched in horror at what I saw, my immediate reaction was to disassociate myself, and hide as far beneath my mind as possible, as if I could somehow continue to hide the truth I always knew was lingering within my soul. How did this happen? Why did this happen now, and why did I allow myself to be subjected to such a vulnerable state. As each day passed from then, as much as I tried to ignore the visions of that day, the more I was thrust into the horrifying reality of what I saw. I had been thrust into the undeniable reality that I was living a lie, and the more I tried to participate in the trickery of presentation, the shallower and empty I felt. Believe me…I tried. I wore every mask that I had ever created, but it was as if they had lost their power. For the first time in my life, I was faced with the sickening reality that the masks I had used since I was a child to fool the world around me were useless because of the power I had lost in myself. I was now faced with the truth that I hadn’t fooled the world, I had only fooled myself, and was now lost in my own devastation that I had created for so many years. I realized I wasn’t hiding from the world around me, I was hiding from myself; the culprit all these decades wasn’t the exterior world that I was so attuned into playing a fool. I was the only actor, and the only fool.